Lucy Lou...Who is so much more than two.

When we lost Buddy to organ failure in March of 2014, we knew we were going to bring in another hospice/end of life foster for Bark N Rest Retirement Center...it was just a question of finding the right dog.

And since Buddy was effectively "my" dog, and Randall was owned by "Dixie), we were looking for me a Chihuahua (long story short: originally I didn't like or want a Chi, but after getting Skeeter in 2007 I actually became a convert).

Little Lucy Lou cropped up in early April at the Carrollton shelter, and Dawn pulled her for us. We were due to get her shortly after, but my world was turned totally upside down with my mother's unexpected death on April 10. 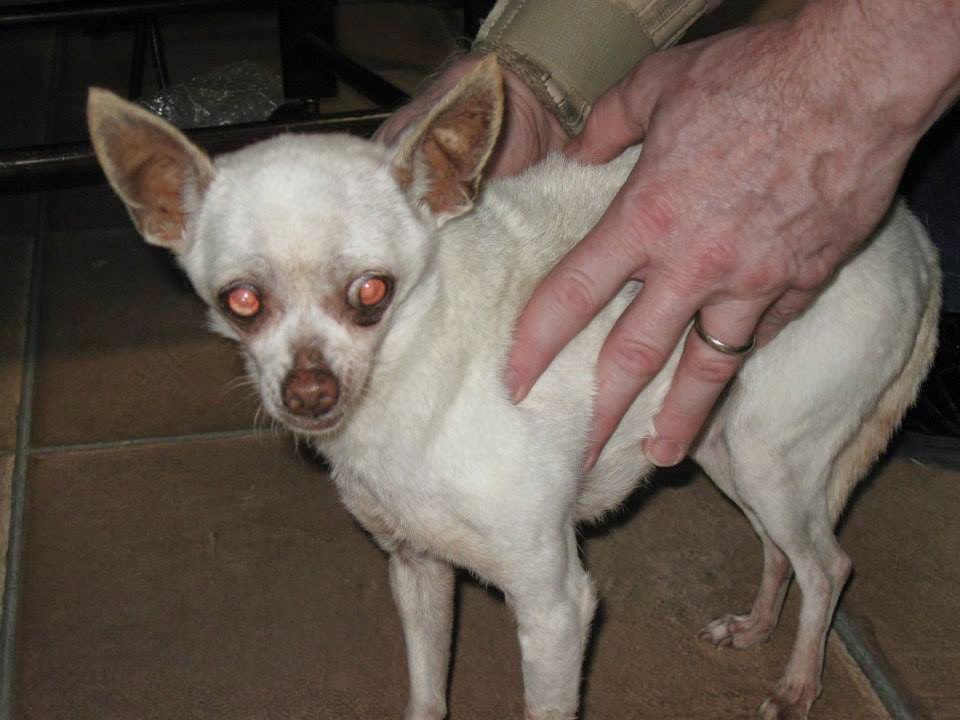 
There was much confusion and questions, but I told Dawn she'd need to hold her a bit. Poor Dawn thought we were backing out, but I explained we would be moving from Waco to Dallas, and I would be at my mom's house starting immediately, but we weren't exactly sure where we would be when Lucy was ready to leave the vet after her intake work.

Lucy came to us shortly after mom's funeral, and a pitiful little thing she was. The shelter estimated her at 14-16, and the vet came down on the 16 end of the scale. Thin and with abscesses on her, she had been through the mill. Like so many shelter dogs, there's a backstory you'll never know, but looking at this little girl told me that in the shape she was in, she had been on the mean streets for awhile.

She also had the temperament type that wouldn't endear her to a prospective adopter. Stand offish and shy, Lucy just wasn't going to show well at a shelter, no matter what condition she was in.

So we knew first thing first was getting some good food in her and making sure she knew she was loved and was safe.

Unfortunately a week after she got her, the first phase of extensive remodeling started on my mom's house. Lucy didn't get a chance to feel at home before she was spending large chunks of time daily in a crate (a situation she wasn't familiar with). And her reaction to stress was to break out in another abscess.

Lucy's first few months were tough. She was shuttled down to Waco with us when we headed down to pack our house and get it ready for sale. Then back up here surrounded by hundreds of boxes, remodeling continue and life in general being topsy turvey.

She was putting on weight, though, and settling in. It took her awhile, but over time she learned food was good, her crate was good, treats came frequently and all the dogs here pretty well ignored her weird food issues - those are very hard to explain since they mainly amount to a lot of noise and no real threat - now everyone raises the equivalent of a doggie eyebrow when she does it, but the initial reactions weren't so benign. 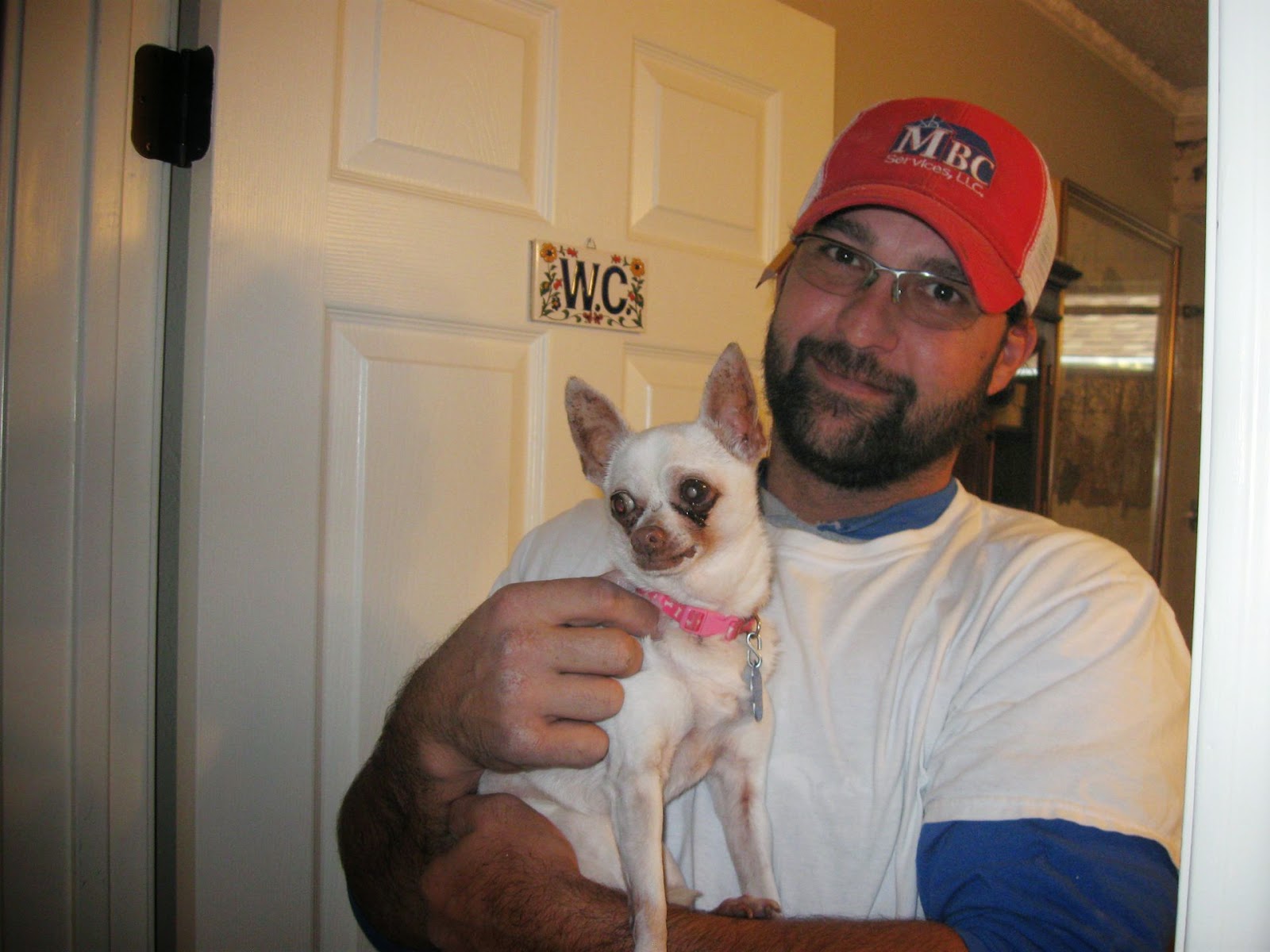 Lucy and James, one of the remodel crew (and dog lover)


Randall also became her human. I apparently don't do Chis the way Chis want to be done, so Lucy settled in as Randall's Number Two Daughter (Number One Daughter is Dixie). So I'm Chi-less (temporarily). She also has the funny habit of going to him and yelling when I don't do what she thinks I should be doing.

At this writing, Lucy has been with us about 9  months. She's put on weight, gotten accustomed to our routine (and has adapted us to the feeding schedule she feels she deserves), has settled in and is one of the pack.

Like other BNR foster dogs, she's an end of life care do. That means she's here for duration, and that's just fine with us. We'll give her love, care and safe haven for as long as she needs it. 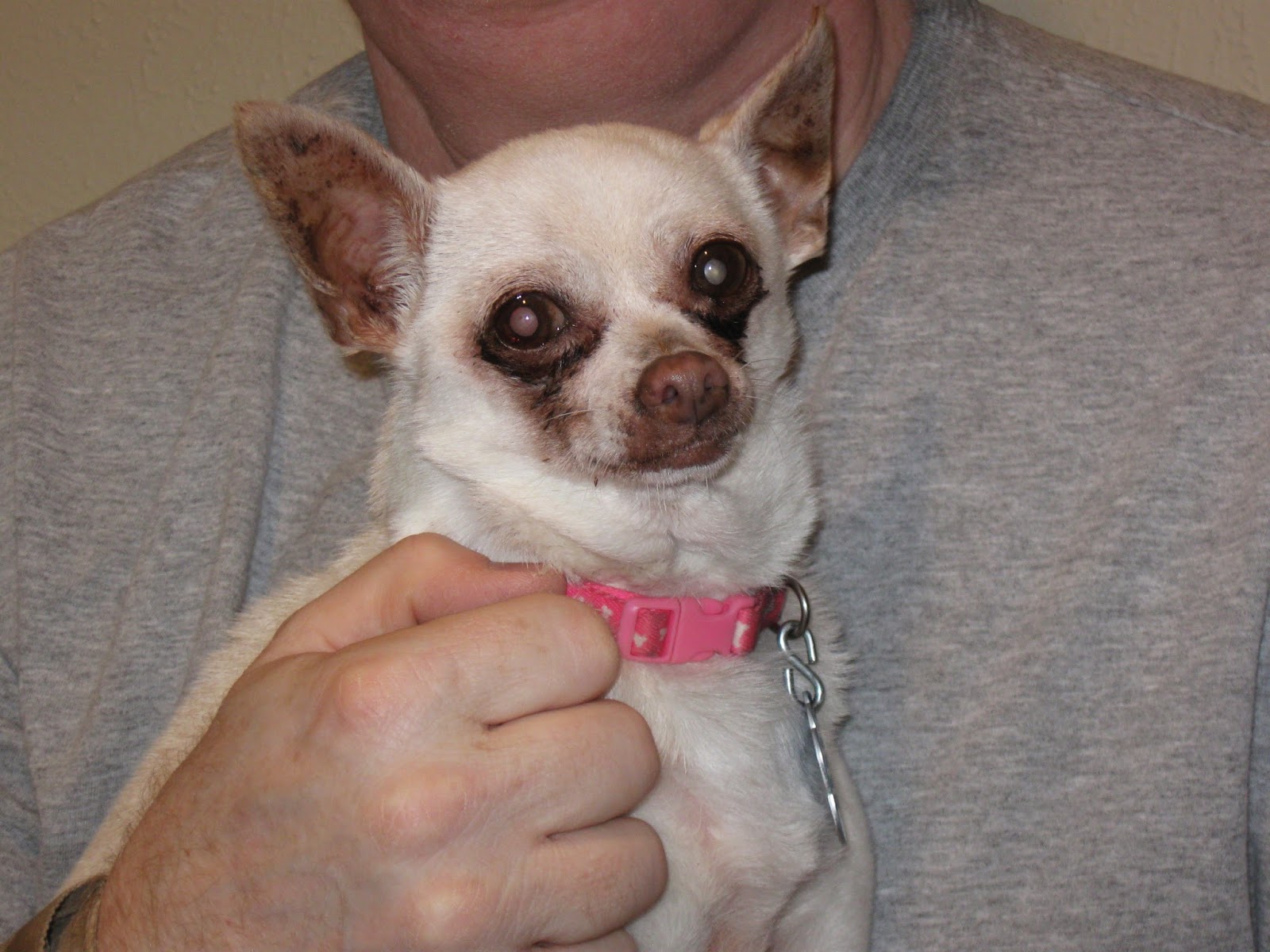 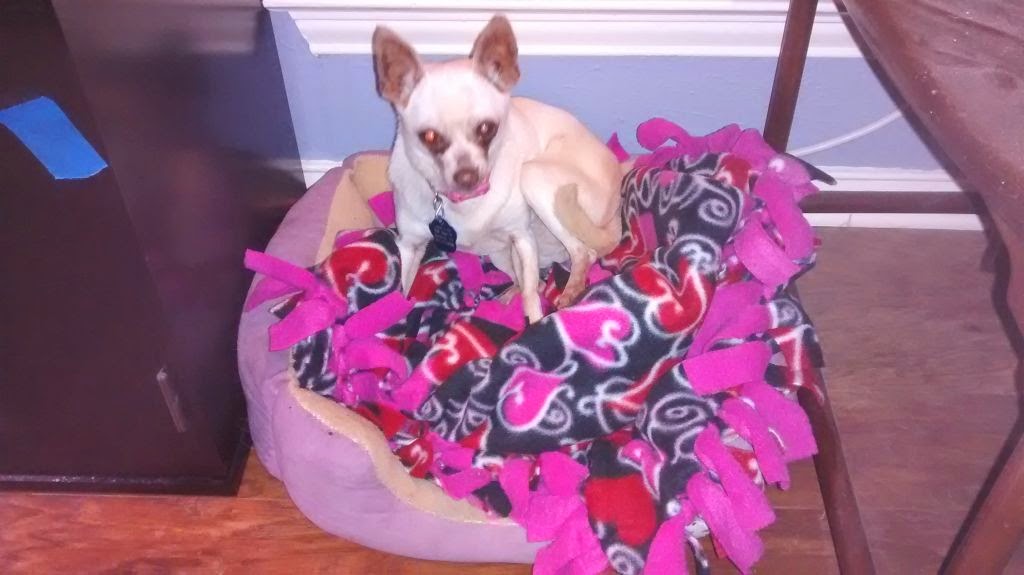 Email ThisBlogThis!Share to TwitterShare to FacebookShare to Pinterest
Labels: Lucy